Watch out, market watchers, Help to Buy — the government’s flagship affordability scheme — is changing in England. At the moment buyers can use the scheme, which was launched in 2013, to purchase a new-build property worth up to £600,000 with a 5 per cent deposit and a 20 per cent government-backed loan (40 per cent in London).

This scheme will end on March 31, but will be replaced by a revised version that runs until March 2023. Buyers can reserve a home under the new rules from December 16, but will not be able to move in until the new scheme starts next year.

The revamped Help to Buy will be restricted to first-time buyers and will introduce regional caps. Wales, Scotland and Northern Ireland have had their own versions of Help to Buy, but London was the only region in England afforded special status under the old rules. The revised price limits (below) are set at 1.5 times the average price of a first home in each region, which means caps will be set lower in the north and higher in the south to account for higher house prices. 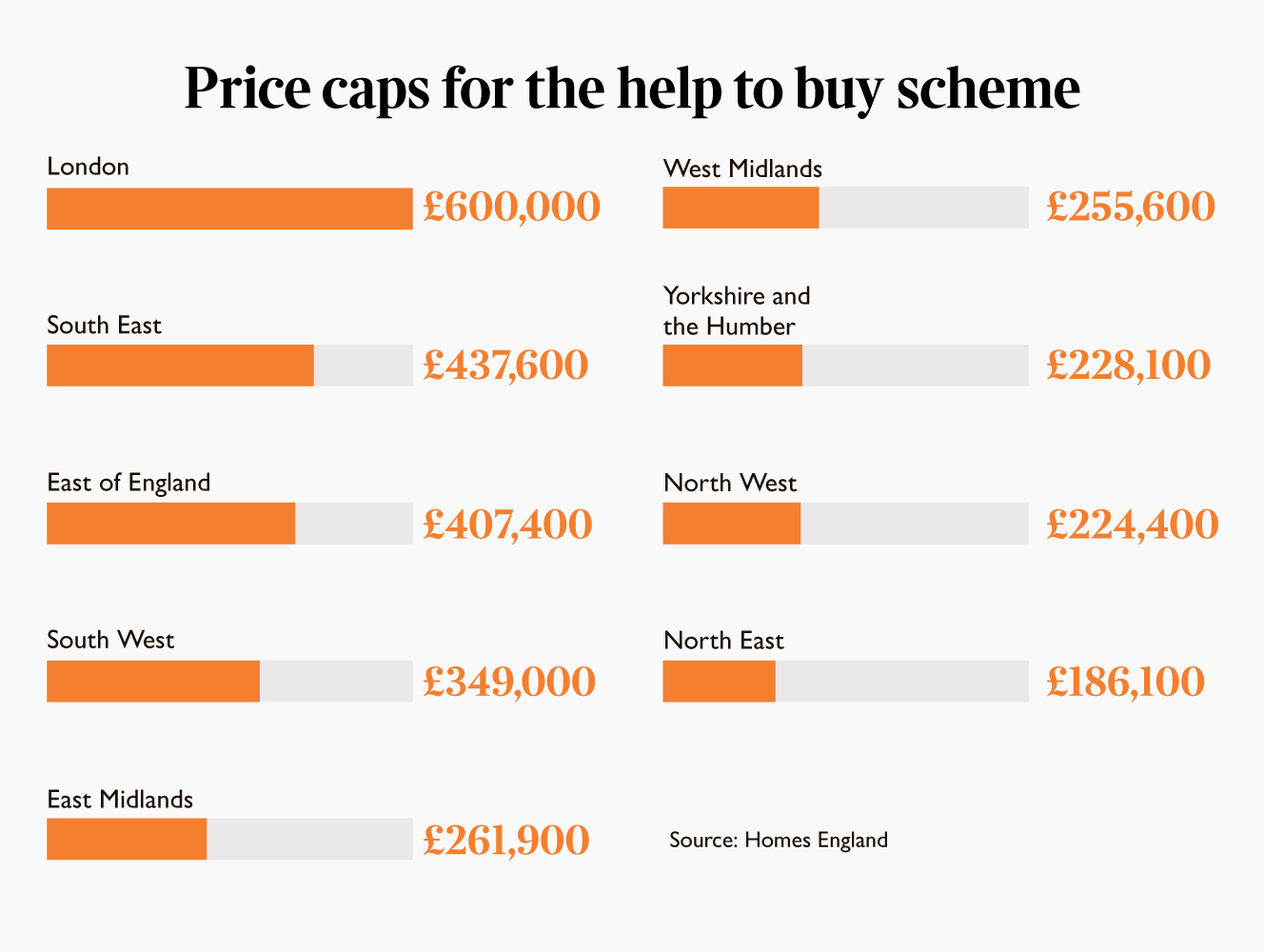 Richard Donnell, director of research at Zoopla, says the price limit will not stop anyone getting on to the ladder, but “it will constrain first-time buyers’ ability to buy more expensive, four-bed, new-build homes”. Estate agents say they have seen buyers using the equity loan to buy bigger properties than they needed at the time, which they then grow into. “We will see that reversing, so they will have to move more often,” says George Cardale, head of UK residential development sales at Savills. “We’ll also find a lot of developers building to sit within that value cap.”

With space commanding a premium post-Covid and a lack of family homes in many areas, developers are unlikely to lower their pound per square foot. It is more likely that they will build smaller and offer more one and two-bedroom flats. What happens when these people want to start a family? Unless developers are required to build family homes, or downsizers are incentivised to leave theirs, they will struggle to find suitable properties. And that is assuming they can sell their new-build flat, as many lenders now require proof that these are not wrapped in flammable materials.

While the regional price caps have laudable aims — clearly, excess borrowing and artificial price inflation are not to be cheered — let’s hope they don’t leave hard-working people who are chasing the dream of home-ownership trapped in too-small flats that they cannot afford to leave.