Zoopla’s head of research says a stamp duty holiday could encourage more home owners to move which in turn could help fuel economic activity in other sectors.

The argument comes from Grainne Gilmore in new research for EAT; this is the first of monthly pieces on issues relevant  to agents, produced by Zoopla’s research team.

Calls for a stamp duty holiday to kick start the housing market are intensifying. Lockdown restrictions impacted the market significantly, so it makes sense that a tax break could help boost the market as activity starts to resume.

How does a stamp duty holiday work?

By cutting the stamp duty bill to zero, more homeowners could be encouraged to move.

The ‘holiday’ means there is impetus to act, as it is not a permanent change. While this could expedite activity that would have happened anyway, when trying to kick-start the economy this is accepted.

A stamp duty holiday not only helps people across the country achieve their housing goals, it also contributes to economic activity.

When people move home, their consumption of goods and services increases as they organise their finances and utilities, decorate and renovate. This ‘network’ effect on the economy means that governments are always keen to stimulate housing mobility.

Have there been stamp duty holidays in the past, and did they work?

A good example is the stamp duty holiday of late 1991 to Autumn 1992 during the recession as the housing market was slumping (amid very high interest rates). The threshold for paying stamp duty (one per cent) was raised temporarily from £30,000 to £250,000. The average house price was just over £50,000.

Despite this intervention, transactions in 1992 were still lower than in 1991, and house prices fell. But, these figures could have looked much worse without a stamp duty holiday.

During the financial crisis in 2008-09, another stamp duty holiday was introduced, raising the stamp duty threshold (one per cent, or three and four per cent for more expensive properties) from £125,000 to £175,000. The average house price was just under £175,000.

The level of transactions fell by five per cent in 2009, but this came after a 44 per cent decline in 2008, and was followed by a three per cent rise in activity in 2010 - although this can be attributed in part to price adjustments and economic green shoots.

Who would benefit from a stamp duty holiday?

Stamp duty may be payable (excluding first-time buyer exemptions) on 85 per cent of transactions, but any impact will differ across the country due to the range in house prices.

Zoopla’s calculations show that the “effective” stamp duty rate - the proportion of sale value paid in stamp duty based on actual sales values  -  ranges from less than 0.5 per cent to around  3.5 per cent across the regions.

In London, the average stamp duty bill for a homeowner is £21,000 - which against average house prices gives an effective rate of 3.4 per cent - one of the highest in the country. 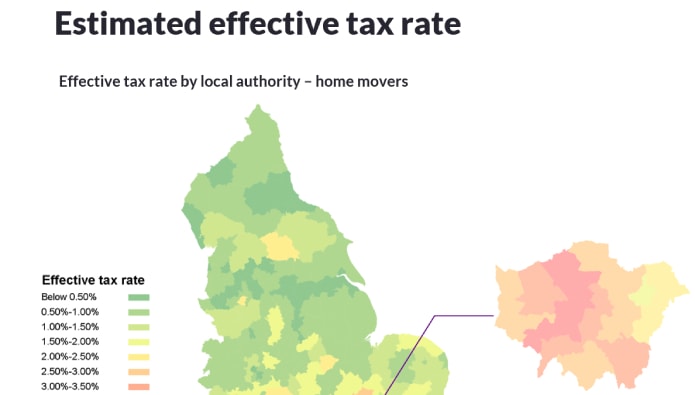 Should the Treasury forego revenue to oil the wheels of the housing market?

Yes, as the market does not operate within geographical borders. House prices may differ regionally, but if one part of the market starts to seize up, it has a ripple effect and can impact the wider economy, due to the network effect.

The cost of stamp duty relief - possibly into the billions in lost revenue - is significant. But this is relatively modest when compared to the current cost of government support.

Also, the cost of any stamp duty relief is unlikely to be ‘lost’. Instead, buyers could spend their tax savings on their home, pumping money back into the economy via household retailers.

Any positive effects of a stamp duty holiday are likely to be augmented if they are introduced in tandem with other measures, including access to mortgage lending and a review of Help to Buy.

These factors combined will allow the much-needed network effect of the housing market to help crank up economic activity in these challenging times.