The Government has confirmed that it is to cap security deposits at five weeks’ rent for tenancies under £4,166 a month or £50,000 a year.

Default kind of default fees chargeable to tenants will also be limited, now to just the costs of replacing lost keys or recouping late rent.

These amendments are to be made to the Tenant Fees Bill as it passes through the Lords this month, before it becomes law in April next year.

The amendments were leaked to the press on Thursday and, as we reported yesterday, prompted a furious response in a joint statement from the National Landlords Association and Residential Landlords Association. In it they predicted that a cap of five weeks would persuade more landlords to exit the private rental sector.

Housing secretary James Brokenshire (left) says the new measure will affect approximately one in three renters and save tenants £64 million during the first 12 months after the legislation becomes law.

“[These] amendments will make renting a home of your own more affordable, fairer and more transparent – enabling tenants to keep more of their cash and stopping unexpected costs.

“Everyone deserves a home to call their own. Yet for some renters, moving to a new house can be difficult due to high upfront costs and letting fees,” says Brokenshire.

“This is unacceptable. I want to see a housing market that truly works for everyone, and one which provides a better deal for renters.”

Tenants paying more than £50,000 a year will still have to pay a security deposit of six weeks’ rent. The Tenant Fees Bill is due to be debated during its Report stage in the Lords next week before going to a final reading and then Royal Assent.

Countrywide share price drops to historic low, but will ‘back to basics’ deliver? 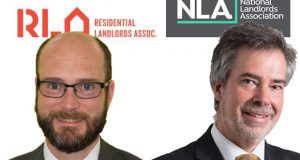 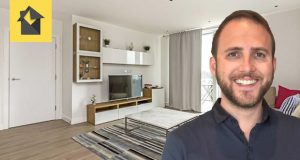