OnTheMarket (OTM) now has 12,000 branches signed up to its service, the company has announced.

This is just shy of double its branch count when compared to February when it went public on the AIM stock exchange, or an increase of approximately 650 branches every month.

The new branch total represents a market share of approximately 65% based on a total industry branch count of 18,500.

OTM is also beginning the mammoth task of converting the large number of freebies within its branch list into paying customers. The company says it has recently signed-up 60 mostly smaller agents to its “full tariff paying listing agreements”.

Estate agencies that sign up to paying subscriptions are given shares in the company, which lock them into a five-year agreement.

This is to ensure that “new shareholders’ interests are closely aligned with those of all other agent investors”.

“The listing agreements result from a limited pilot which has helped to refine the offers which will be made to agents currently on free trials which expire during the course of next year,” its statement says.

“The sales team is continuing to see encouragingly high levels of agent support and conversion to signed contracts when it presents the opportunity of listing on an agent-backed portal.”

CEO Ian Springett (left) says that in February over 2,000 agent firms owned around 70% of OTM but that he “ intends to broaden agent ownership much further, using more equity incentivisation to encourage agents to join as shareholders in return for committing to long-term contracts.” 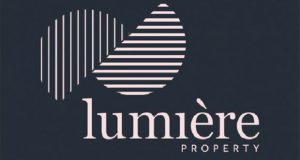