How will the national lockdown affect the housing market

How will the national lockdown affect the housing market

Laura Burden watched the prime minister’s address on Monday evening with greater trepidation than most. For the third time in a year she and her partner, Thomas Dodsworth, are planning to move house. The other two moves were scuppered by the previous two lockdowns.

“I was on tenterhooks, thinking here we go again, wondering whether we’d be able to move,” says Laura, 28, who is renting in Long Eaton, between Nottingham and Derby. The first-time buyers hope to move to a three-bedroom, semi-detached, house in Mackworth, northwest of Derby. 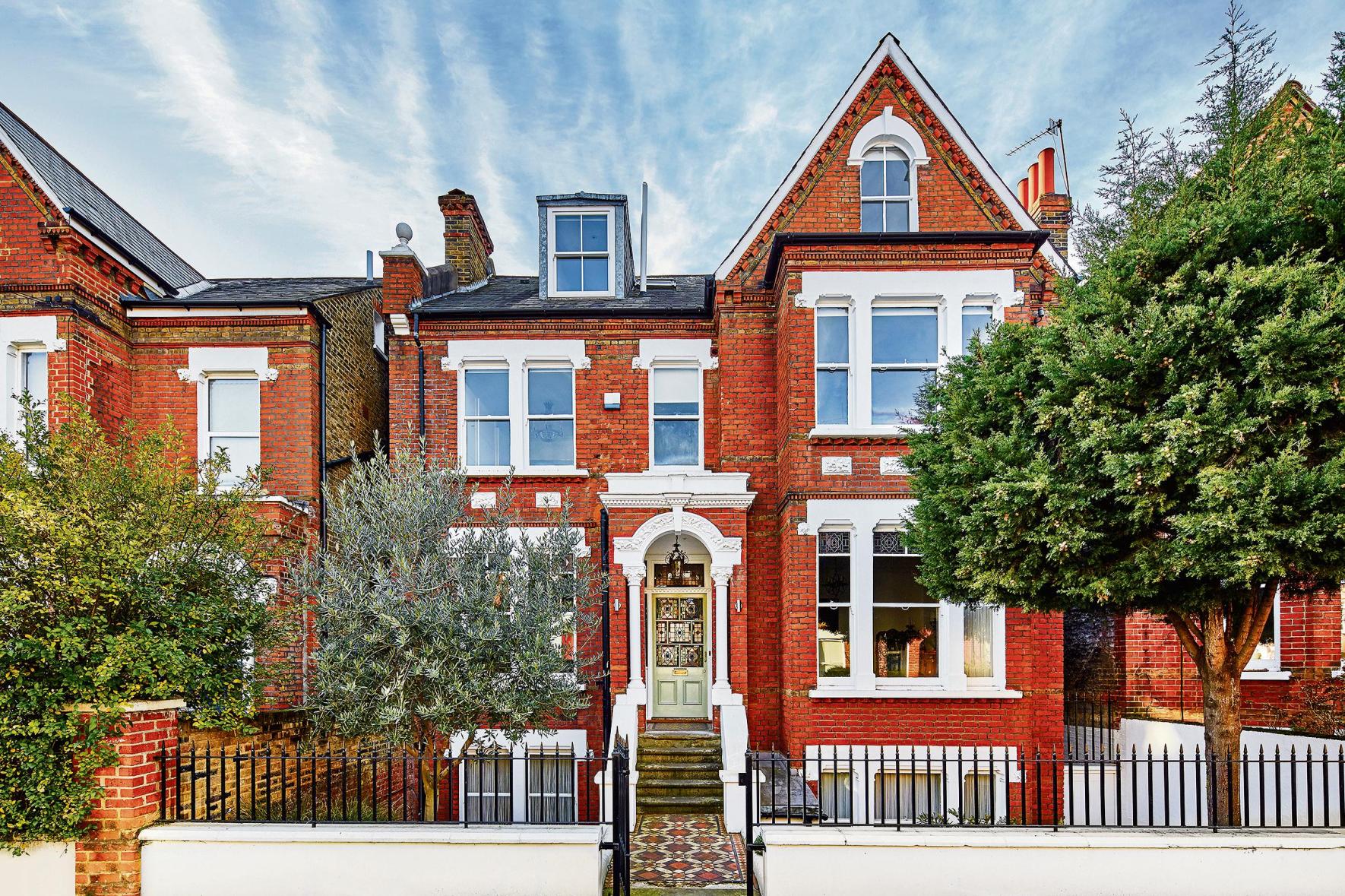 A five-bedroom Victorian house in Camberwell, southeast London, is for sale at £3.275 million with The Modern House

To add to their anxiety the prime minister made no mention of the property market in his speech, although it was included in guidance on the lockdown restrictions published shortly afterwards.

It says simply: “You can still move home. People outside your household or support bubble should not help with moving house unless absolutely necessary. Estate and letting agents and removals firms can continue to work. If you are looking to move, you can go to property viewings.”

The couple were not the only ones eagerly awaiting news. Hundreds of thousands of people are rushing to complete sales before March 31 when the stamp duty cut ends. The Yorkshire Building Society forecast that overruns would take 240,000 deals beyond the deadline — and that was before the most recent lockdown was announced. Experts now believe that many more are at risk unless the chancellor announces a reprieve.

The stamp duty holiday, combined with pent-up demand from the first lockdown, has put the property market into a frenzy. Bank of England data this week showed that mortgage approvals in November were at the highest level since August 2007.

Last week Nationwide revealed that UK house-price growth had hit a six-year high of 7.3 per cent in the year to December. The value of properties increased by £15,638 on average during 2020 despite the pandemic and recession. There are long delays in the system as conveyancing, surveying and search services — affected by working from home, social distancing and staff illness — buckle under the strain of high demand.

Now, with infection rates rising and a third national lockdown imposed, economists are forecasting a double-dip recession and a slump in house prices as the stamp duty deadline coincides with the end of the furlough scheme in spring. Both those deadlines could be extended in the coming weeks.

Laura and Thomas, first-time buyers, are exempt from stamp duty anyway because their property will cost less than £300,000. They have been victims, however, of the continued nervousness of lenders during a pandemic in which 9.9 million workers have been furloughed


The couple had an offer accepted on a house in Ilkeston, west of Nottingham, in February last year but after the first lockdown came into force in March the deal stalled before collapsing in mid-June when a mortgage offer was revoked elsewhere in the chain.

When the second lockdown struck in November they were on the way to buying another house, this time in Mickleover in Derby, when their lender switched their loan offer from a 90 per cent to 85 per cent loan-to-value mortgage. “We just couldn’t afford that then, so that was that,” Laura says.

Having had an offer accepted in September on their latest attempted purchase,the first-timers wait anxiously for news that they can move. “The good thing is because I have been working from home I have saved a fortune on commuting costs and so we have been able to put down a 15 per cent deposit. It’s just the anxiety of waiting. We have all our things packed up ready to go,” says Laura, who works for Sheffield Hallam University.

Their nervousness is not unwarranted. Sales are falling through. Richard Pickford, the co-owner of Snapes estate agency in Bramhall, Stockport, had two sellers who had accepted offers and three sellers who were marketing properties pull out the morning after Boris Johnson’s announcement.

“One of those who had sold [subject to contract] was supposed to be moving to another borough but he didn’t want to lose his place on the list for the vaccine and was worried if he moved he would. Others who are trying to sell said they didn’t want to do viewings until this was all over,” Pickford explains.

Like many estate agents, Pickford is vetting buyers to ensure that only the “super serious” are taken on viewings. “We want to see proof of a mortgage in principle or a letter from their accountant showing they have funds to buy. Otherwise I am not sending my staff out to do viewings. It is the vendors’ choice if they want to show others around, but I cannot put my staff at risk unless a buyer is serious.”

Illness is a problem too. Emma-Hope Newitt’s purchase of a three bedroom semi-detached home in Whitwick, near Loughborough, was delayed when someone in the chain was hospitalised with Covid.

“We put in our offer in August, everything has taken so long. Then at Christmas someone at the top of the chain unfortunately fell ill. Luckily, he is recovering and we hope he will be out soon,” says the teaching assistant.

Emma-Hope, 29, and her partner, Jordan, are packed and ready to go but they have cancelled a removal company booking, preferring to move themselves and not risk illness.

Terance Puna, operations manager at Aussie Man & Van and a spokesman for the London-based Master Removals Group, says: “We have had a lot of calls from people anxious that they can’t move but they can, we just need to follow the guidelines on social distancing. Our main problem is the reduced amount of labour due to the number of cases. Instead of 100 per cent of men out every day I will have 70-75 per cent because of the knock-on effect of people ill and isolating.

“Normally if you called today we could move you tomorrow, but we are so busy with the stamp duty holiday and reduced manpower that there is a delay of seven to ten days. The only people I put off longer are those who want to move to Europe. I tell them to let the dust settle on Brexit because there are such long delays at the ports right now.”

Scotland has made house purchases an exception to its rule that forbids people from crossing the border for all but essential reasons.

David Corrie, a partner at Galbraith estate agency in Dumfries and Galloway, says the company is telling potential clients that they cannot come on viewings unless they have sold or are “in an advanced state” of selling their home. “If someone says they have somewhere to sell and wants to come and view a few properties we are putting them off.”

Scotland’s land and buildings transaction tax cut is not as generous as the stamp duty cut in England – a buyer would save £2,100 rather than £15,000 on a £500,000 home — but Corrie says English buyers are attracted by the low cost of housing and beauty of the southwest Scotland coastline.

The drive to move out of cities in Scotland was just as strong as elsewhere after the first lockdown and Corrie is short of stock. “I usually have 60-80 properties on the books, today I have just 15,” he says. This lack of stock is helping to hold up values in Scotland, although there is not the level of growth of elsewhere, according to Nationwide. Prices in Scotland have risen 3.2 per cent in the past year, compared with 6.6 per cent in Wales and 5.9 per cent in Northern Ireland.

This latest lockdown is likely to fuel the desire to move even if stamp duty and transaction taxes rise, according to Lucian Cook, head of research at the estate agent Savills.

He says: “This further lockdown will make people more aware of the limitations of their existing home and increase their commitment to moving, probably leading to pent-up demand as seen after the first national lockdown early in 2020. At the same time, however, the pool of those able to act on their desire to move will shrink.

“We’d expect sustained activity from those with secure household finances, but lenders are likely to become more risk-averse, which will make it harder for those requiring high levels of borrowing.”

The desire to beat the stamp duty deadline will sustain activity in the first quarter of 2021, but it is probably going to become more difficult to meet the March 31 deadline with lockdowns and backlogs. The end of the stamp duty holiday will coincide with rising unemployment as the furlough scheme comes to an end, which may mean a deeper than previously expected lull in sales and prices in the middle of the year, but a stronger bounceback as the vaccine programme progresses, according to forecasters.

Andrew Wishart, from the research company Capital Economics, says: “We are more downbeat on the prospects for house prices in 2021 than most other forecasters. But so long as vaccines prove successful in ending the pandemic, a swift economic recovery should prevent a house-price crash.” He forecasts that prices will fall by 5 per cent by the end of the year.

By the end of the year, with the vaccination programme and the dust having settled on Brexit, the property market will, hopefully, begin to stabilise. The only grey cloud on the horizon will be the prospect of tax rises to pay for the government’s Covid interventions this year and last — but that is another story.