Homebuyers rush to estate agents as the market opens

Homebuyers rush to estate agents as the market opens

Estate agents reported a surge in inquiries and their share prices jumped yesterday after the government ended the freeze on the housing market earlier than expected.

Robert Jenrick, the housing secretary, said late on Tuesday that estate agents’ offices and show homes could reopen and viewings were once again permitted.

The housing market has effectively been on hold for the past seven weeks after government guidance told people in the early stages of buying or selling their home to delay the deal while emergency measures were in place. 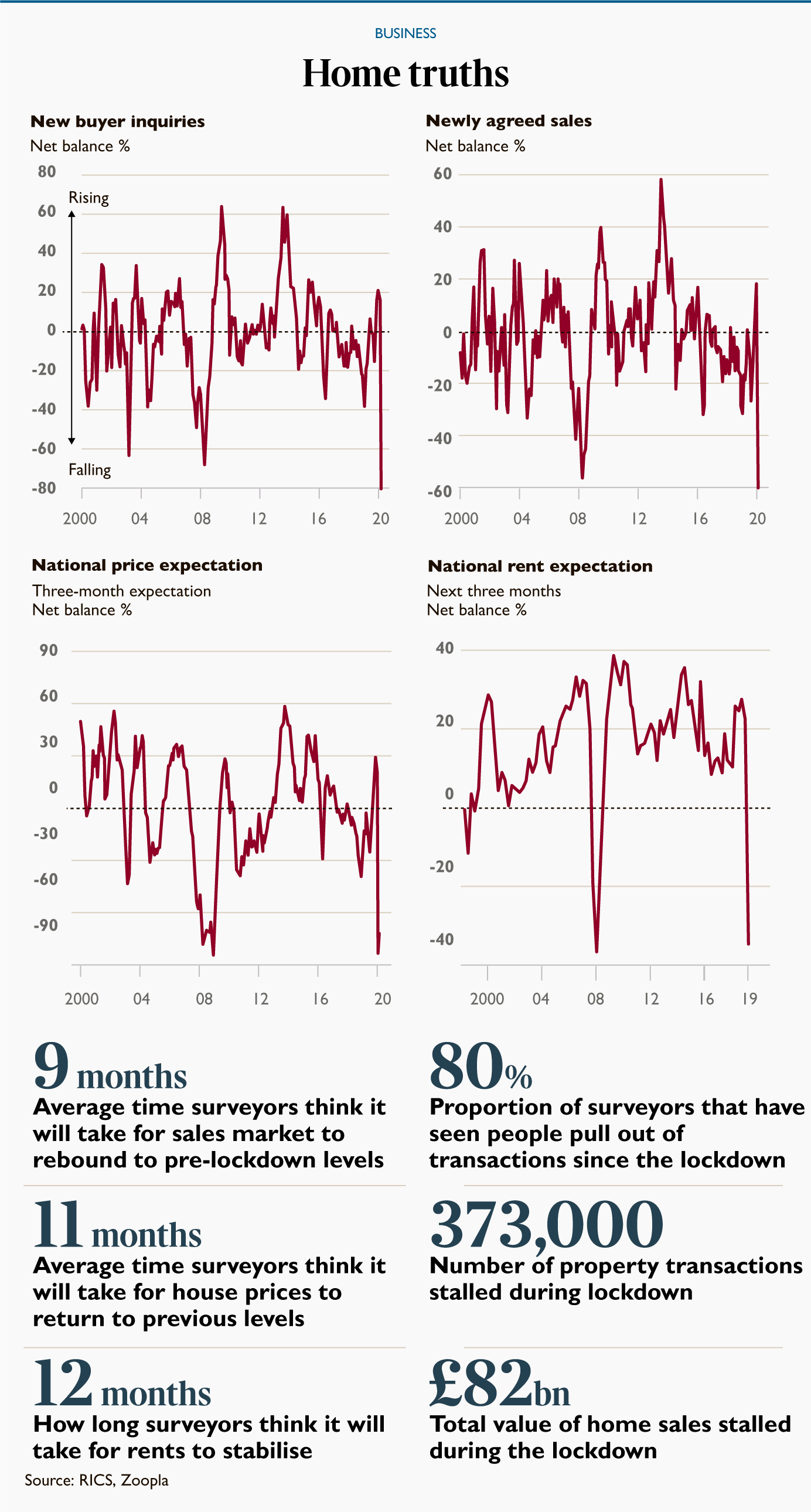 The government said at the end of March that no visitors were allowed into properties, including estate agents, surveyors and potential buyers.

The lockdown resulted in 373,000 property transactions worth £82 billion being put on hold, according to Zoopla. That amounted to a backlog of £1 billion of estate agency sales revenue, according to the online property portal.