As parliament prepares to vote on Brexit, a survey of developers and estate agents takes a sounding on how the industry thinks Brexit will affect sales, lettings and construction.

Nearly 60% of estate agents believe a hard Brexit will reduce transactions in the housing market next  year, a survey has revealed.

Research by property software firm MRI, which canvassed a wide range of property professionals, also found that nearly half of estate agents thought leaving the EU without a deal would ‘seriously’ restrict the ability of developers to access finance to back projects, although over two thirds said a soft Brexit would see house building continue at normal levels.

A quarter of all industry professionals including agents and developers believe Brexit will be damaging to the housing industry whether it is hard or soft, although developers take a less gloomy view compared to agents.

Most letting agents told MRI that leaving the EU would have little or no effect on the rental market including on demand or rents.

“This is an industry that has seen more than its fair share of ups and downs and, once the new market environment is established, it will be moving forward and looking to take advantage of openings,” says from Dermot Briody, Executive Managing Director, Europe at MRI.

“The survey reveals confidence among senior property professionals that the industry can ride out Brexit, reflecting a generally positive outlook that it can find opportunities amid market disruption.”

MRI, which bought Reading based UK property software firm CML this year, interviewed 144 CEOs and senior managers within the industry including developers, consultants, property managers and sales and letting agents.

Interviewees were also asked about the future of the high street, and three quarters said that both residential redevelopment and co-working spaces were likely to replace retail over the next 18 months to two years. 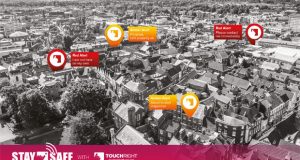 Northern & Shell included in list of those owed money by eMoov 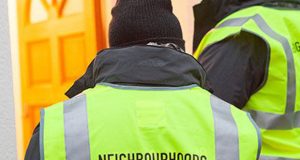