Expert view on the leasehold scandal is Commonhold the answer

Expert view on the leasehold scandal is Commonhold the answer

While the government recently announced a new industry pledge to tackle toxic leasehold deals – signed by leading freeholders and developers, to commit them to eradicating/omitting onerous doubling clauses - this faced significant criticism from leasehold campaigners, MPs and other interested parties.

One concern in particular has been voiced – how can those who created the onerous clauses in the first place be trusted to solve the issue?

This is a people-led campaign, though, and we’d also love to hear your thoughts in the comments section below.

Beth Rudolf, director of delivery at the Conveyancing Association 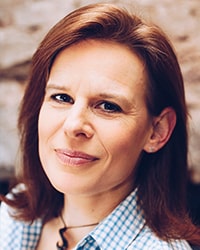 First off, not all leasehold arrangements are evil and many of those with abusive issues could be solved by the Ministry of Housing, Communities and Local Government (MHCLG) setting fees and timescales for administration services and capping ground rents below the Housing Act threshold.

It is after all a breach of the rule of law of derogation of grant to grant a long lease on one hand and turn it into an assured tenancy on the other.

What is vital to a positive leasehold ownership experience is that estate agents comply with CPRs so that buyers have all material facts before they make their offer.

That said, none of that will solve the fundamental issue that leases are a wasting asset because the term reduces.

Commonhold is the solution to that which will only be embraced if it is mandatory or comes with some financial incentive for developers to give up the economic value which they currently retain when selling leasehold.

Commonhold needs a few tweaks but frustratingly if it had taken off at launch I am confident that lawyers would have drafted around those issues by now as they routinely do with leasehold where it doesn't quite fit.

The MHCLG has all the consultation responses it could possibly need to make some fundamental reforms. We hope they don't duck the issue as has happened so often in the past - it is time to do the right thing and create a positive homeowning experience.

To date, some of the rhetoric used by the government in response to the leasehold scandal has been encouraging, but it seems unsure of its stance which remains very changeable.

Critically, its proposals so far don’t seem to be much help for existing leaseholders, which is the very group that currently needs the support. 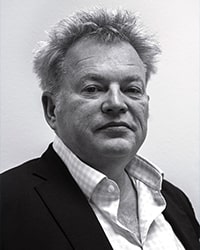 The leasehold system needs to be abolished and there is absolutely no doubt that Commonhold is the best alternative - in fact it is the only option that can bring housing in this country into the 21st century.

Commonhold hasn’t yet been taken up because developers lose a major income stream if they walk away from leasehold.

Therefore, moving to Commonhold needs to be statutory, perhaps combined with a tax break for developers for the first few flats they sell to compensate them for the loss of income they’ll experience.

Despite good intentions, the government’s recent pledge to end toxic leasehold deals, signed by developers and freeholders, is simply insulting as it’s inviting the very people who are the architects of this scandal to be the people to sort it out – plus none of the major freeholders have signed up, making it completely ineffectual.